Rising periodic
into tropic heat—
to bleat, to touch, to die—

scaling these oaks,
whipping their drums
til love, the first intelligence, comes

to save them—
they slip their aspiring offspring
in the split bark and,

before these quit the leaves
for native dark, admit
they’re not long for this world.

and their brittle shells clutch
the peonies. Nothing breathes
that doesn’t turn on this; extinct

is a dirty word in every language.
Hollow as a snare, he mouths,
their bodies—then, dizzied

in the din, we spoil
the insouciant grass
and molt our casual wear
and work at preservation
while vultures loaf elliptically in air.

Imagine their dreams:
hallucinations of a hand-me-down scene
from the late generation’s rendezvous—

a scheme glimpsed before slipping into earth:
pink, the immoderate flush; orange on a flame-
blue swatch; greens flung in fecund gradients—

them on—like a light—the brief
rhapsodic spell sealed in memory
as though it were the mind’s invention.

None envy their waking: startling to learn
they can’t conceive the texture of a smoke tree
or the timbre of a woman or the tune of a man.

But they emerge—they do—
bent on raising a population,
bent on redeeming seventeen
subterranean years. Theirs is,
I’ve heard, a deafening debut.
They spend their last weeks
coupling, maddening the dead,
rueing the evolutionary fact—
then, sudden as they came      comes
their vast, august, vital vanishing act.


Brood X is one of fifteen broods of periodical cicadas that appear regularly throughout the eastern United States. It has the greatest range and concentration of any of the seventeen-year cicadas.

Every seventeen years, Brood X cicada nymphs tunnel upwards en masse to emerge from the earth, shedding their exoskeletons on trees and elsewhere. The mature cicadas fly, mate, lay eggs in twigs, and die within several weeks. Together, their long underground life, their nearly simultaneous emergence in vast numbers, and their brief period of adulthood enable them to survive even massive predation.

Theirs is, without doubt, a recovery: for a couple of weeks after the old generation has become a snack to animals or driven mad with fungus or naturally expired, and before the new generation has hatched, an entire population is vanished. Besides their music—hypnotic and as loud as a lawnmower—the Brood compels me because their recovery is collective and periodic. There is no expectation that this time, at long last, the restoration will be complete. Through observations and personal experience, I've found collaboration and repetition to be essential to recovery, which demands a sustained commitment to a state of health—of individual well-being, of social cohesion or, in the cicadas' case, of survival and endurance of the species—that can never be set down. The singular, climactic moment of healing turns a profit at the box office; in reality, recovery requires nothing if not maintenance—constant, careful attention and a robust network of support. In the context of collective resilience, Steinbeck writes of the human being: "when theories change and crash, when schools, philosophies, when narrow dark alleys of thought, national, religious, economic, grow and disintegrate, man reaches, stumbles forward, painfully, mistakenly sometimes. Having stepped forward, he may slip back, but only half a step, never the full step back. This you may say and know it and know it."

Defined differently, to recover is to regain consciousness. I explore this idea through speculation about the cicadas' dreams, which, for seventeen years, perhaps reinvent vestiges of conscious experience inherited from previous generations and saved from the first few minutes after their birth. Ultimately, those vestiges are replaced in their last weeks of life by first-hand encounters with light: something that, for a long time, could only be imagined. Like Plato's allegory of the cave, where emergence reveals the falsity of shadows. If we can endure the initial (authentic, sometimes prolonged, often recurrent) pain of exposure, we might perceive a world beyond the small dark place we'd taken to be the world. This, too, is recovery, that Herculean task. 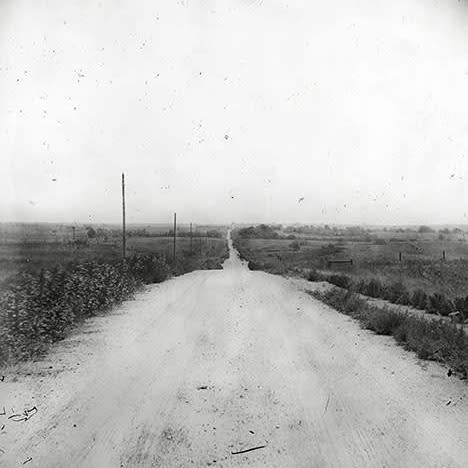 Artist’s Note Brooke is an illustrator and cartoonist who aims to create work at the intersection of comedy and current events. Her selection of cartoons on the theme of "Recovery" touches on the exhaustion of change and how very ill-equipped we are in