S pike Lee’s latest and critically acclaimed film, Da 5 Bloods, released direct-to-Netflix in June 2020—less than three weeks after the murder of George Floyd and only two months before the death of starring actor Chadwick Boseman. While Lee’s previous films like Blackkklansman and Malcom X portray American racism at home, Da 5 Bloods marks the director’s examination of how these oppressions are wrought on an international scale. It offers an alternative interpretation of U.S. colonialism, war, and occupation in Vietnam from the perspective of Black Americans fighting for a country that doesn’t love them back.

True to Spike Lee’s directorial bent, Da 5 Bloods is packed with action, subplots, and political commentary. It bends traditional genres of American cinema by blurring the lines between comedy and tragedy, documentary and drama, love and war. But its most radical innovation is its reclaiming of the Vietnam War movie for Black Americans. Despite the fact that Black soldiers comprised thirty-two percent of American troops in Vietnam, they were virtually erased in Hollywood’s accounts of the war. Da 5 Bloods is therefore as much a story about identity exploration as it is an exploration of how we tell stories. Furthermore, this shift in focus allows Lee to focus on the multiplicity of Black experiences of the war. He does so masterfully, bringing the experience of double consciousness—how Black Americans navigate simultaneous Blackness and American identity—to the foreground in Da 5 Bloods

The titular Bloods are Paul (Delroy Lindo), Otis (Clarke Peters), Melvin (Isiah Whitlock Jr), Eddie (Norm Lewis), four Black American vets who served together in Vietnam, and their erstwhile squad leader, “Stormin” Norman (Chadwick Boseman), who was killed in action. More than forty years after the war (the movie’s cultural references set it somewhere in the wake of Trump’s election), the four surviving Bloods return to Vietnam in search of their fallen squad leader’s remains and a buried treasure. The treasure, once property of the U.S. government, is a shipment of gold bullion that was intended as payment for a pro-American Vietnamese militia. It accidentally fell into the hands of the Bloods, who buried it just before the war ended. Now, the surviving Bloods intend to retrieve it, explicitly referring to the gold as reparations rightfully owed to them and to Black Americans as a whole.

As the Bloods make their way to the gold’s hiding place, Norman is ever-present, embodied in flashbacks and the Bloods’ daily conversations. It is clear that they have romanticized him; while the other four Bloods appear even in flashbacks as their present, aged selves, Norman is always depicted as youthful, composed, and powerful—somewhere between Christ and Shaka Zulu. But it is also clear that Norman was genuinely the platoon’s moral compass, a Black revolutionary in the cut of Martin Luther King, Jr.. Despite the bitter irony of being sent to Vietnam to fight a war launched by white America, Norman believed it was an extension of his American duty to free people.

Norman’s stance on the war sets him at odds with the headstrong Paul. If Norman represents the incrementalist approach in Black revolutionary ideology, Paul is a radical separatist revolutionary. He cannot see past the plain fact that the same American government that has sent him to fight its war refuses to give him and his fellow Black American soldiers their rights back home. In the juxtaposition of these two characters, Lee addresses the issue of double consciousness, advocating neither assimilation nor separatism, but a third path: fight for the country that doesn’t love you back, but resist the reasons it doesn’t love you.

The mere arrival of a film like Da 5 Bloods reveals immense cultural change. Had it been made twenty years ago, it would have been a different movie. Paul’s signature MAGA hat might have featured an NRA logo instead. Norman might have been replaced by a white savior character. And perhaps most tellingly, Paul would have been used not to illustrate a reasonable reaction to the intolerable life situation of racial injustice, but rather as an “angry black man who wants to burn it all down.” The fact that these tropes were not employed speaks to the growing importance of the new Black cinema that Lee and others have pioneered, and to the revelatory possibilities of Black people telling their own stories on their own terms. ◘ 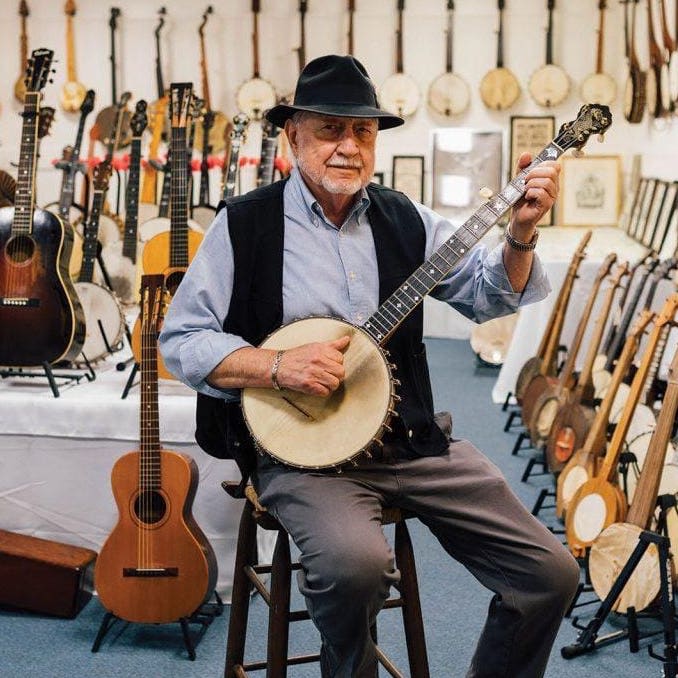 What follows is a conversation between George Gibson, Clifton Hicks, and Symposeum editor Nissim Lebovits. This interview has been edited for length and clarity. G eorge Gibson and Clifton Hicks