There is a project for the sun. The sun
Must bear no name, gold flourisher, but be
In the difficulty of what it is to be.
—Wallace Stevens, “Notes Toward a Supreme Fiction”

Darkening and it grows late.
The rain comes cold and
slow. The wind is thick,
the blackbirds lilting. All
the wood is sound and
motion. Then a chestnut:
impressions of the thing,
appearances, dark limbs
against a grey Dutch sky.

When ere I saw the chestnut first, I took
From that botanic garden as my own
The image of its form—for it had grown
There at the taxis of the bridge and brook.

Grey was its bark, and fissured; in the crook
Of branchtips palmates sprawling outwards shone
With greeny serrate leaves; therein were sown
White panicles, pink-tongued, fair upon to look.

As Adam out among the beasts, I assayed
To name and take this object of étude
And fix its roots in that syntax of clades.

Aesculus it was by essence, or by name,
For there it stands in the System construed
By Carolus, which makes universal claim. 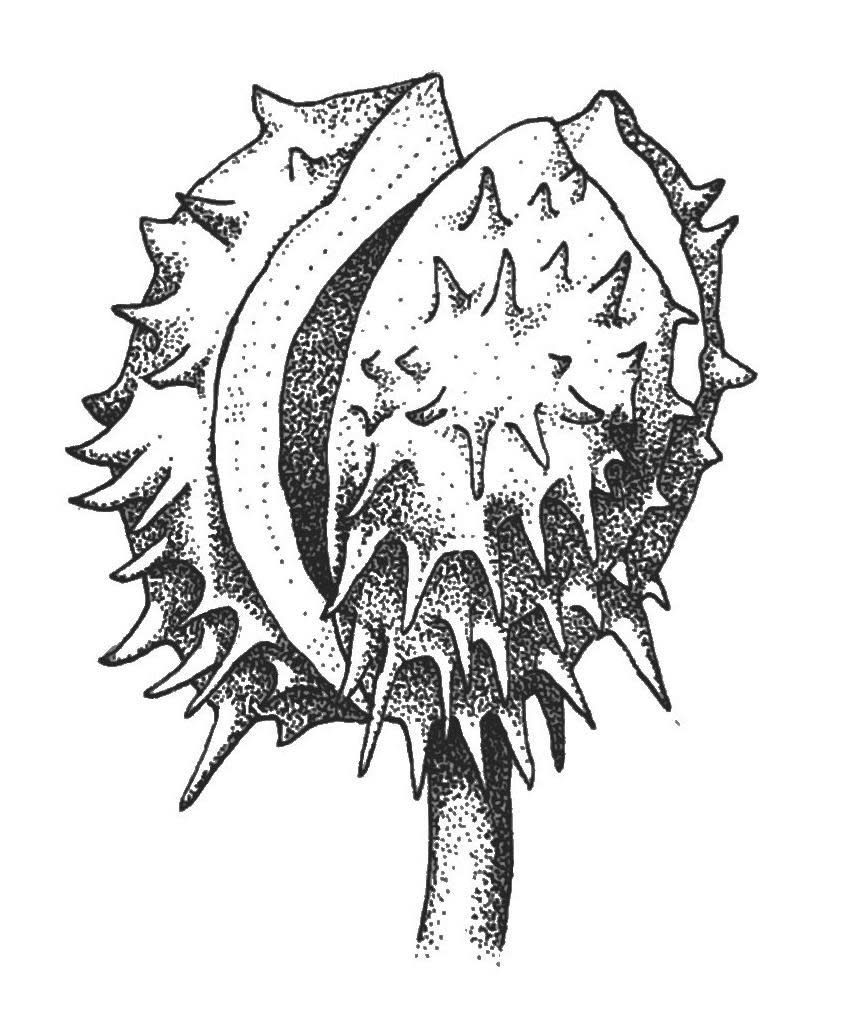 They were in Acre, that frayed
crusader stronghold, walking
down the alleys of the market,

the limestone slick with rain,
past the seacatch and the blue
tarps rattling in the wind.

The city smelled of brine
and smoke, and everything
was grim, except the copper

pans and bagatelles turning
slowly in the rafters. The seagulls
shrieked overhead, the air cold

and grey as the water. She
was hungry, so they ate
chestnuts from a paper sack

beside the Mandate-era prison.
They were dry, crumbly,
vaguely sweet; bits of shell

caught stiffly in his teeth.
“When we get to Haifa,” he said,
“Let’s spend just a night.”

“High in air,” writes Melville,
“the beautiful
and bountiful
horse-chestnuts,
candelabra-wise,
proffer the passer-by
their tapering
upright cones
of congregated blossoms.”
This is New Bedford,
whence the Pequod sallies forth,
bearing Ishmael & Ahab
out
to have that precious oil,
and Ahab on his hunt
for vengeance ‘gainst the whale
who had so maimed
& torn his leg asunder.
And on the way
seeks Ishmael to rectify
old, gross delusions
of the whale by mounting intimate
account of it, correcting
knowledge. He gives
the hoary histories,
the Bible
and before.
He tells the second hand
accounts, and discourses
on failings
of sophistricated portraits.
He penetrates the whale,
expounding down its bones.
He tells of how it came to be
and of it what will come—
sempiternal.
And it is the killings,
his too-pedantic lance,
that stimulate these sermons! that manifest
cetaceous nets,
not wise but merely
otherwisely flawed,
for he himself is seeking
for this whale now to wrest,
to cast claim o’er
& own
what never can be held—
in such Socratic struggle
no gnosis will suffice
and must the whale therefore go
unfathomed. 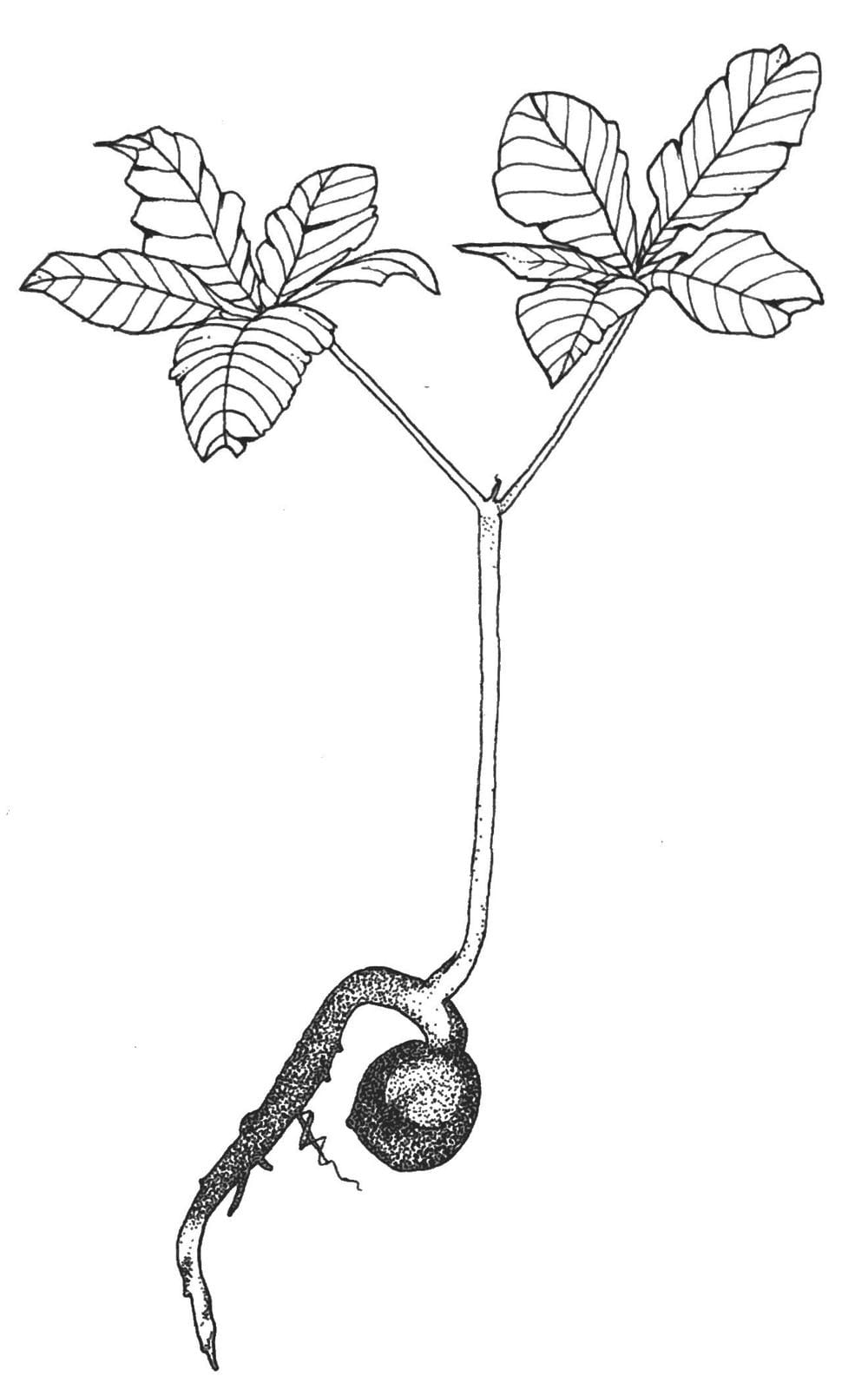 Often in that autumn, but before it was familiar,
he’d trace the trails of the Haagse Bos
in search of fallen chestnuts.

Fall’s woods were still enfoliate,
caught in the nearby thrum of traffic & peppered
through with pale, broken trunks of birch.

They went together once.
He stumbled on a clutch of conkers and thought
to gather them, but as she pointed out,
they had no bag to carry them, so they went
back to the pale yellow of the midday kitchen, where he swept
coffee nubs & flour as they played etymologies.

“Convergence,” he proposed. “A shared sense
of vertigo” (which was false). She scrubbed

a wooden spoon and set it down to dry
beside the blue Delftware. “To distinguish
is to separate by pricking” (which was true).

Later he read the field guide and she scored
the shells of chestnuts from the market.
The book said Castanea and he was puzzled

by the artifice of even nature. Though it fruits
earlier, the horse-chestnut is not edible,
unlike its sweet faux cousin the sativa—
next time he’d seek shorter leaves
and spines that would antagonize his fingers.

Having land-
ed, Penn set out the corners of my home
three hundred and sixteen years before I was born

into that stretch of schist and green. The white
-tailed deer that roamed his woods mingled
with the mountain laurel and the upswept oaks.

The soil was dark for all the planting he could do. He would
have wandered as I did in those dense pockets, the maples
in the understory young and lithe, and fattened, too,

his hogs on chestnuts—those keystones whose ribs assured
the split-rail fences and the houses rectitude,
resisting any form of rot. I ate sassafras

and did not stop to think of loss, nor sense
my very casual unknowing (having not yet turned to verse
to know of l’absence in Rilke’s grand & positive intent).

Instead I tripped in nettle by the Schuylkill,
its water coursing toward the city & the port
like in farther north Manhattan where, amidst the bristling,
sylvan smokestacks, a ship bore blight up to our shores

and at the birth of the last century, hurled it over all
the eastern seaboard, cleaving forty million chestnut trees
down to some sparse dozens.

In the earth hour your myriad self,

your myriad self present and unfolding, du bist.
Your gothic arms, your multitudinous self, loosened

“by the lees of both,” the currents of the air, the whole
eye, bist du. In October the yellowing,


The theme of this poem is knowledge & its sundry forms. Specifically, I am concerned with the epistemic gaze, and with the impact of historical and contemporary discourses on knowledge of the natural world. On a literal level, these verses examine chestnuts of three different kinds—the horse chestnut (Aesculus hippocastanum), the European chestnut (Castanea sativa), and the American chestnut (Castanea dentata). The central storyline at work is my own discovery of the natural world: until very recently, I not only had never seen a sweet chestnut tree, but did not know that there was a distinction between the mildly poisonous horse-chestnut (related to the lychee) and the American and European varieties of the sweet chestnut (cousins of the oak and beech). Layered over this unknowing were the historical and cultural problems that contributed to it; for me, like for most residents of “developed” countries, my relationship with nature had grown increasingly abstract, commodified, and, of late, screen-mediated. It took my gradual consideration of various chestnuts—and in particular my horror upon learning of the fungal blight that essentially obliterated the American chestnut in my home state of Pennsylvania—for me to fundamentally reconsider how I thought about, spoke about, and interacted with the natural world.

Each section in the poem represents a different way of knowing, and thus adopts a different discourse, ranging from the most void and without form to far more domineering lexicons. I have tried to speak in various languages, borrowing from Wallace Stevens, Herman Melville, and other fonts of inspiration that seemed appropriate to the mode of thought that I was trying to represent. Finally, central to the resolution of the poem (and its ethic, too) is the German Jewish philosopher Martin Buber’s notion of I-It and I-Thou relationships (the poem’s title is a play on a quote from I and Thou, his most famous book). Buber explains that the I’s merely seeking knowledge objectifies the recipient of its gaze, the It. Only by an unbounded willingness to relate to the Other as Thou, a true coequal, can we step beyond this solipsistic and self-serving conception of the world. This, then, is a poem about hubris and humility, about blindness and sight.

When illustrating “I consider a chestnut”, I chose to employ pointillism within the botanical line drawings. In this way there exists both certainty and uncertainty, both lines and impressions of lines, an image rising or a shadow falling in a tight collection of dots on the page. I invite you to consider the latter half of the first stanza: “Then a chestnut: / impressions of the thing, appearances, dark limbs / against a grey Dutch sky”. Here lies the stark contrast between inky darkness and negative space.

I think in pictures. Like a single seed that eventually forms an arbor, this particular trait has determined the entire infrastructure of my practice as an artist and has continued to shape my life in many other ways. Hopeless with verbal directions, I am